This Article is a summary of more than 20 publications available to the public on the Internet on the history of voip.

In December 1974, the first real-time conversation VoIP on the ARPAnet took place between Culler-Harrison Incorporated in Goleta, California, and MIT Lincoln Laboratory in Lexington, Massachusetts. This conversation was the first successful application of real-time digital speech communication over a packet network. It was an early milestone in the explosion of real-time signal processing of speech, audio, images, and video that we take for granted today. Moreover, it could be considered the first voice over Internet Protocol (VoIP), except that the Internet Protocol (IP) did not exist. The interest in real-time signal processing had an indirect but major, impact on the development of IP. This article contains the story of the development of linear predictive coded (LPC) speech. We’ll describe how it came to be used in the first successful packet speech experiments.

In our modern times, voice-over-internet-protocol (VoIP) phone systems are commonplace. After all, they are affordable and have features beyond basic calling. These include SMS, video conferencing, and integrations with outside business software. However, VoIP popularity is relatively new in the broader scope of phone technology. Here, we’ll look at the major developments that have made today’s most well-known VoIP services possible. The following are the major milestones of the history of VoIP.

Linear Predictive Coding (LPC) is a method used in audio signal and speech processing. It represents the spectral envelope of a digital signal of speech in compressed form. It uses the information of a linear predictive model. LPC is one of the most powerful speech analysis techniques. It is also one of the most useful methods for encoding good quality speech at a low bit rate and provides highly accurate estimates of speech parameters. Speech coding and speech synthesis both use LPC.

CELP coders are linear predictive coders equipped with an ABS search procedure. They also contributed to the history of VoIP. Bell Labs (under the supervision of B.S. Atal and M.R. Schroeder) invented them in the 1980s. Moreover, Code-excited linear prediction (CELP) is widely used for speech coding today. It serves as the primary speech coding method in the adaptive multi-rate codec and the more recent enhanced voice services (EVS) codec. Cell phones and VoIP use them both. A CELP codec consists of a linear prediction model excited by an adaptive codebook and a fixed codebook.

History of the First VoIP Application. Chat and Talk (1993)

VocalTec Communication released the first Chat and Talk application over the internet to the public. VocalTec Communications Inc. is an Israeli telecom equipment provider. Alon Cohen and Lior Haramaty, who patented the first Voice over IP audio transceiver, founded the company in 1985. VocalTec has also supplied major customers such as Deutsche Telekom, Telecom Italia, and many others.

G.729 is a royalty-free narrow-band vocoder-based audio data compression algorithm. It uses a frame length of 10 milliseconds. Introduced in 1996, it is officially described as Coding of speech at 8 kbit/s using code-excited linear prediction speech coding (CS-ACELP). The wide-band extension of G.729 is also called G.729.1, which equals G.729 Annex J.

Vonage launched its VoIP offering for business users in 2001 under the name of Min-X.com (it changed its name to Vonage in December 2000). CEO Jeffrey Citron, founded the Melville, New York-based firm. In January 2001 Vonage moved to Edison, New Jersey. It then relocated its HQ again in 2005 to Holmdel, New Jersey (its current home).

Skype made it mainstream in the History of VoIP (2002)

The Skype Group financed Skype’s development in 2002. Swedish entrepreneur Niklas Zennström and the Dane Janus Friis founded Skype. They both had experience in the venture IT business. Dane founded Kazaa Media Desktop (once capitalized as “KaZaA”, but now usually written “Kazaa”)—the famous peer-to-peer file sharing application. Skype allows calls to other users of the program. In some countries, there are free-of-charge numbers, while calls to other landlines and mobile phones can be made for a fee ($2.95/month gets you unlimited calls in the USA).

The name Skype comes from one of the initial names for the project—SKY PEer-to-peer. Inventors abbreviated it to Skyper. However, developers could not find available Skyper domain names. Finally, dropping the final r left the current title Skype. This made domain names available. it was definitely a breakthrough in the history of VoIP.

Apple bought the “FaceTime” name from FaceTime Communications, which changed its name to Actiance in January 2011. Meanwhile, on June 7, 2010, Apple CEO Steve Jobs announced FaceTime in conjunction with the iPhone 4 in a keynote speech at the 2010 Apple Worldwide Developers Conference. Jobs also announced support for the fourth-generation iPod Touch (the first model of iPod Touch equipped with cameras) in conjunction with the device’s release on September 8, 2010. Apple announced FaceTime for Mac OS X on October 20, 2010.

On March 2, 2011, FaceTime announced support for the newly introduced iPad 2, which had forward- as well as rear-facing cameras.

On February 24, 2011, FaceTime left beta. The Mac App Store listed it for US$0.99. Apple claimed that it intended to provide the application free of charge. However, a provision of the Sarbanes–Oxley Act (2002) bars companies from providing an unadvertised new feature of an already-sold product without enduring “onerous accounting measures.”

Finally, the spread of WebRTC technology also allowed web browsers to make VoIP calls. WebRTC technology was first developed by Global IP Solutions (or GIPS). It’s a company founded around 1999 in Sweden. In 2011 Google acquired GIPS as well as the W3C started to work on a standard for WebRTC. Since then, Google and other major players in the web-browser market have also shown support for WebRTC. 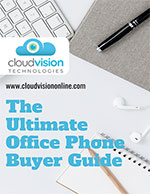